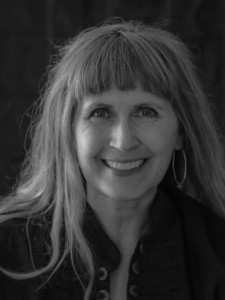 Madeleine Dahm is an award-winning interdisciplinary theatre director, movement director, choreographer and dramaturgist working in the U.S, U.K. and Europe. She is also a physical arts practitioner, video arts editor and arts education specialist. Madeleine is the Artistic Director of the Wallis Studio Ensemble, a theatre company presenting work through the lens of young LGBTQ and BIPOC artists, in residence at The Wallis Annenberg Center for the Performing Arts. She is the Co-Artistic Director of the Italian theatre company Bämsemble, and the Artistic Director of Performance for the Blue Box, a transformable art and science space currently being developed in Europe.

A passionate arts education advocate, she is the recipient of a Commendation of Excellence from the City of Los Angeles for her contribution to arts education. She has taught in numerous schools and universities, and specializes in training teaching artists. Madeleine is the creator of a movement pedagogy for training actors called Bodyology, and is an expert in Laban Efforts, Viewpoints, and the devising process. As a creative arts coach, she provides leadership and directional coaching for non performers, and facilitates equity, inclusion, and community interconnection through the creative arts.

Madeleine began her artistic career as a professional dancer in the U.K., receiving her formal training at the London School of Contemporary Dance, with Jane Dudley, Robert Cohen and the legendary Martha Graham. An interest in creating her own work began later with Post-Graduate studies at Trinity Laban, under renowned teacher Marion North and physical theatre pioneer Lloyd Newson of ‘DV8’. Madeleine went on to create her own socio-political dance theatre works that toured successfully across the U.K.

“Dahm clearly knows what she is about!” – Julie Blkumenthal, New York Theatre.com